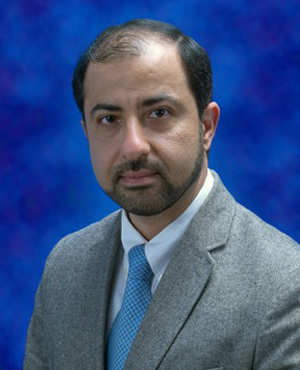 Sleep disorders are common in patients with SCI, whoever little is known about the mechanism of sleep disordered breathing in this population and the effect of different levels of spinal injuries. The central hypothesis is that cervical SCI predispose to breathing instability during sleep more than thoracic injuries, and that repetitive hypoxia may play a role in the serotonin mechanisms that can be used as therapeutic target for new treatment. With a team of collaborators, I was able to first characterize the sleep disturbances in the SCI population and to ascertain predictors of sleep disordered breathing in chronic SCI patients using quantitative polysomnography. This is the first study to assess sleep disordered breathing and ventilation changes comparing two different levels of SCI (cervical vs. thoracic). To assess the contribution of upper airway collapsibility on mechanism of SDB in SCI, passive pharyngeal closing pressure was measured during sleep and we found SCI (both cervical and thoracic) have increased upper airway collapsibility. In addition to assess the effect of cervical vs. thoracic SCI on susceptibility for central sleep apnea, hypocapnic apneic threshold and CO2 reserved were measured during sleep in 24 subjects and we found that tetraplegic patient have more increased risk to develop hypocapnic central apnea. Finally, to assess the effect of intermittent hypoxia on ventilation and cardiac responses in cervical, thoracic and able-bodied subjects, 15 episodes of intermittent hypoxia were induced during wakefulness and we found that cervical SCI had higher ventilatory long-term facilitation. Findings from these mechanistic studies advanced our understanding of the disease in SCI and led us to test two medications to assess the Role of Enhancing Serotonin receptors activity for Sleep apnea Treatment in patients with SCI [REST-SCI].

(3) Relationship between expiratory upper airway narrowing and obstructive lung disorders:
In addition to the contributions described above, with a team of collaborators, I documented the first case of the relationship between expiratory flow limitations/snoring and the presence of obstructive lung disease in patients with sleep disordered breathing. Subsequently with team of collaborators we confirmed this relationship in nearly 100 patients and demonstrated that the presence of expiratory snoring increases the odds of obstructive ventilatory defect measured by PFT more than 10 times.

(4) Effect of obesity on cardiac function in patients with sleep disordered breathing:
Obesity and heart failure are strongly associated with sleep-disordered breathing. However, the determinants of cardiac dysfunction in patients with SDB are not known. To answer this question we studied 90 patients suspected of having SDB by polysomnography and echocardiography to measure left heart dimensions. The main findings of this study were that obesity can predict cardiovascular morbidity and nocturnal hypoxemia independent of the severity of the SDB. These findings suggest the independent contribution of excess body weight on cardiac dysfunction and hypoxia in SDB patients.

a. Alkatib S, Sankri-Tarbichi A, Badr MS. The impact of obesity on cardiac dysfunction in patients with sleep-disordered breathing. Sleep Breath. 2014 Mar;18(1):137-42.

Scoring of hypopnea requires the presence of physiologic consequences, namely de-saturation or arousal. However, the magnitude of de-saturation may depend on weight and baseline pulmonary function. Therefore more sensitive method is needed to determine whether respiratory events that do not meet the hypopnea definition are associated with physiological consequences and possible adverse long term outcome. I led the development of a new method to detect sleep disordered breathing using cardiac autonomic responses from single lead ECG. Preliminary findings were presented in international meetings such as the American Thoracic Society and SLEEP meetings. In addition this method has pending patent application and currently being validated on the Wisconsin sleep cohort database.

a. Maresh S, Bascom A, Berkowski A, Badr M, and Sankari A. Cardiac Autonomic Control In Patients With Chronic Spinal Cord Injury And Sleep-Disordered Breathing. In: A68. PATHOLOGIC SEQUELAE OF SLEEP DISORDERED BREATHING. American Thoracic Society, 2014, p. A2133.

- Respiratory and sleep disorders in patient with neuromuscular diseases and SCI